A New Trailer for Constantine… Hints at Dr. Fate?

A new trailer for this fall’s Constantine hit the web over the weekend, and it got folks chatting as one scene makes it look like Dr. Fate’s helmet might be making an appearance. Let the speculation begin!

The show airs Fridays this fall on NBC.

Variety is reporting that theater actor Ray Fisher will be fitted up with some future tech to play Cyborg in the upcoming Batman/Superman movie. That’s an addition of yet another DC Comics character to the cast which already includes Superman, Batman, and Wonder Woman, as well as Lex Luthor.

The movie is currently slated to be released May 6, 2016, but that might change as the film faces tought competition in Captain America 3. Expect more additions to the movie as DC Entertainment and Warner Bros. work to build their own cinematic universe. 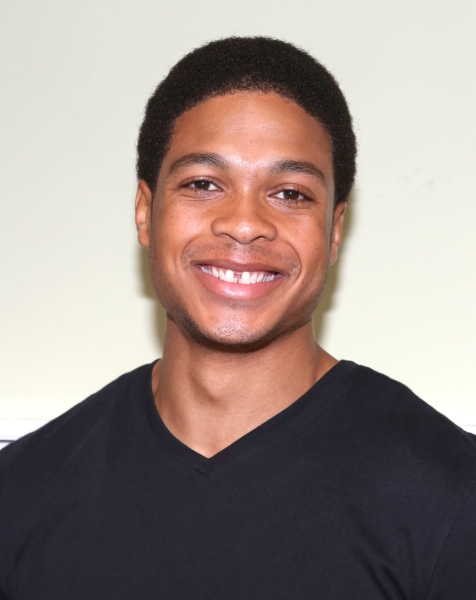 On June 11th, Earth will be the greatest hunt of all!Valiant is proud to debut the official video trailer for Armor Hunters #1 (of 4) — the FIRST ISSUE of VALIANT FIRST’s action-packed summer crossover event by writer Robert Venditti and superstar artist Doug Braithwaite!When Aric of Dacia returned to Earth with the stolen X-O Manowar armor of an alien race, he thought he finally found a weapon to guard the peace and kingdom he’d struggled so long to secure. But now, a relentless and surgical strike team from the farthest reaches of space — sworn to exterminate the armor and all like it — have found their final target. The ARMOR HUNTERS are coming. They will hunt. They will trap. They will kill. And they will rid the universe of the X-O Manowar’s incalculable destructive power…even if it means taking the Earth with it.

As the world gears up for the premiere of the new FX television program adapting the original novel trilogyThe Strain, Dark Horse announces The Night Eternal, the third comics chapter of this ongoing vampire epic, adapted by David Lapham and Mike Huddleston.

Following the first two comics series, The Strain and the recently wrapped The Fall, The Night Eternal will begin on August 20, just after The Strain’s television debut on FX!

It’s been two years since the Master’s plan succeeded and a near apocalypse coated the world in darkness. Now able to roam freely, the Master’s legion of vampires rule the world—a horrifying police state where humans are harvested for blood. As humanity despairs, Dr. Ephraim Goodweather and an unlikely team of heroes continue their fight against extinction, all the while hoping to unlock the secret to the Master’s demise. The final…

This June, prepare yourself for more secrets, more reveals and more impact on the Marvel Universe than could be contained in just one series! Spinning directly out of the events of the highly anticipated Original Sin – Original Sins, a new 5-issue companion series set to flip the script on some of your favorite Marvel superheroes as the best and brightest creators in the industry explore the deepest darkest skeletons in their closets!

Everyone has a deep, dark secret – from the Avengers to the X-Men to everyone in between. Truth’s hidden for years. The omniscient cosmic being known as The Watcher has borne witness to every event and every secret in the history…

Bendis Teases Uncanny X-Men: The Last Will And Testament Of Charles Xavier

Brian Michael Bendis posted the below cover to his Tumblr page with this text:

this is the cover to uncanny x-men 23. by chris bacholo

You guys were so nice and supportive of the trial of Jean Grey I got special permission this morning to post this cover.  not only is our original sin tie in but it is also probably the most incendiary X-Men story, maybe ever.

Marvel Asks What Have You Not Been Told?

Fan favorite CAPTAIN MARVEL returns in her new solo series, as part of Marvel NOW! What’s Carol Danvers’ new deal? What nigh insurmountable forces will she find a way to surmount? Where is she living since she got kicked out of her apartment? END_OF_DOCUMENT_TOKEN_TO_BE_REPLACED

During 2013’s E3 , Sony promised original programming for it’s newest gaming platform, the Playstation 4 . Details on exactly what that was remained a bit vague. We now have an idea as they have announced the first show, Powers , based on the comic book series by Brian Michael Bendis and Michael Avon Oeming .

The series is being produced by PlayStation which is part of Sony Pictures TV. There had been some movement on the series in the past, including a pilot for FX. The new series will be penned by Charlie Huston. Bendis, Oeming and Michael Dinner will executive produce with Huston and Remi Aubuchon, along with Circle of Confusion’s David Engel, David Alpert and Lawrence Mattis. Huston and Aubuchon will serve as showrunners.

The series combines noir, police procedural and superheroes and follows a detective who protects humans and investigates cases involving folks with superpowers.